This project uses an IFTTT applet which uses Gmail as a Trigger and GraspIO as the Action to display the subject of a new email received in your Gmail inbox on Cloudio's OLED. 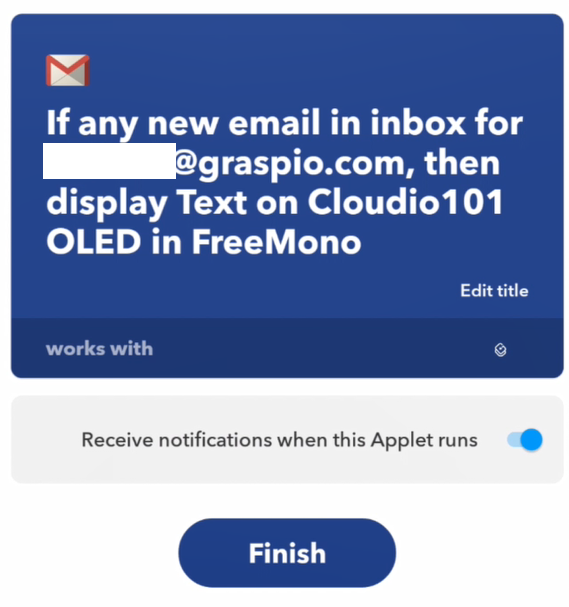 This project uses an IFTTT applets as described below -

The 2 main steps here are -

Step 1: Configuring Cloudio to run as an IFTTT Action
This involves uploading an IFTTT (Action) project to your board.

Step 2: Creating and deploying the IFTTT applet(s)
This step creates an IFTTT applet that uses

Step 1: Configuring Cloudio to work as an IFTTT Action

For this, create a project with an IFTTT block set to Action mode. 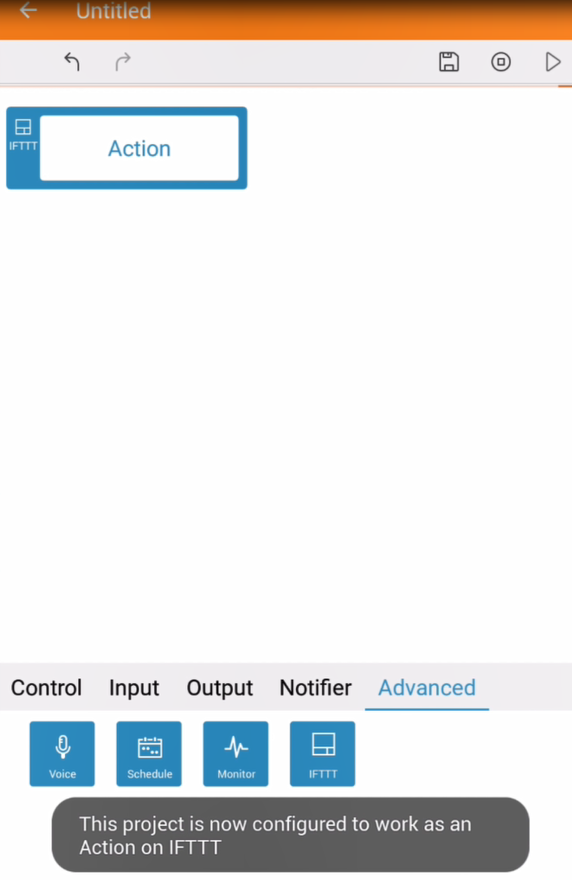 Upload this project to Cloudio.
Your Cloudio is now configured to run as an Action when invoked by an IFTTT applet.

On IFTTT, create a new applet. 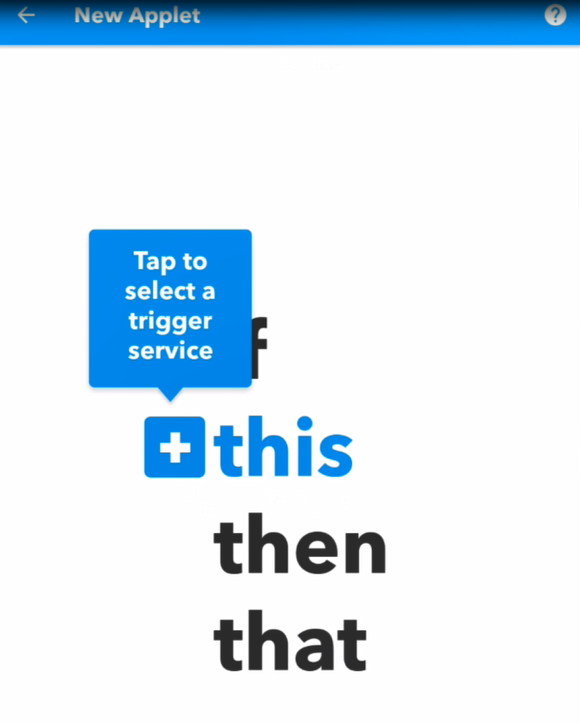 For the 'this' (Trigger), section, select Gmail.

For the 'then' section, select GraspIO. 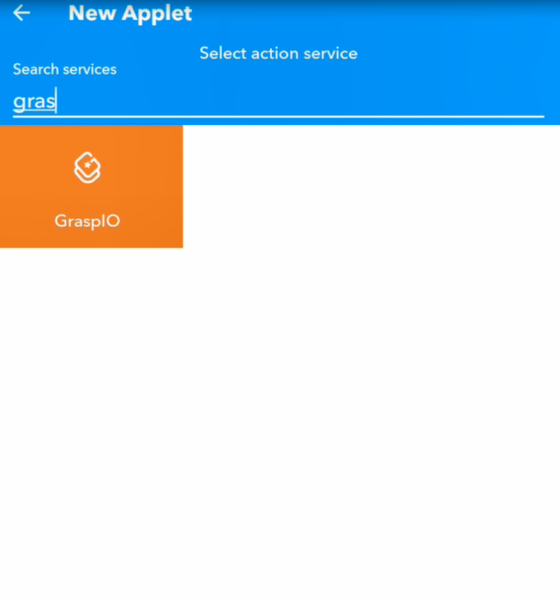 Now, select the 'Display text on OLED' action so you can display the subject on Cloudio's OLED screen. 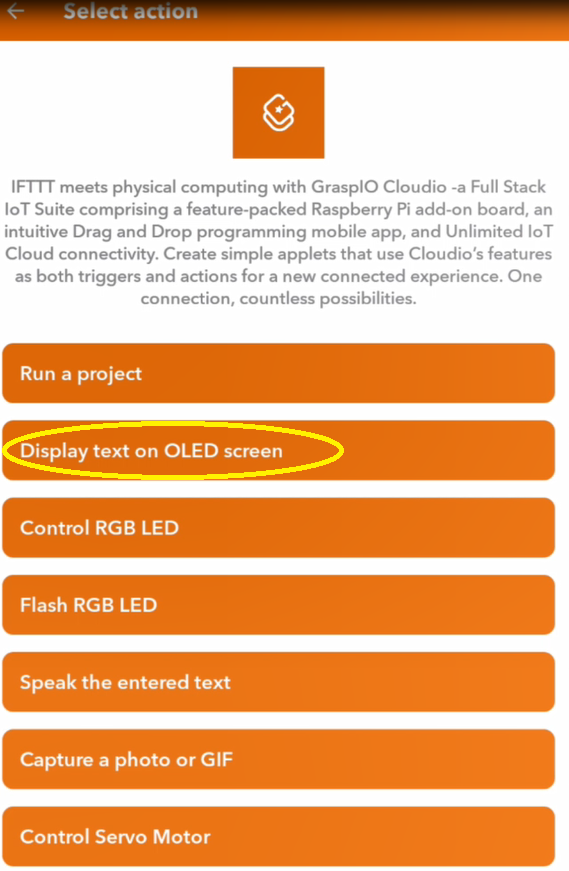 Select the text, and the ingredient as shown below. 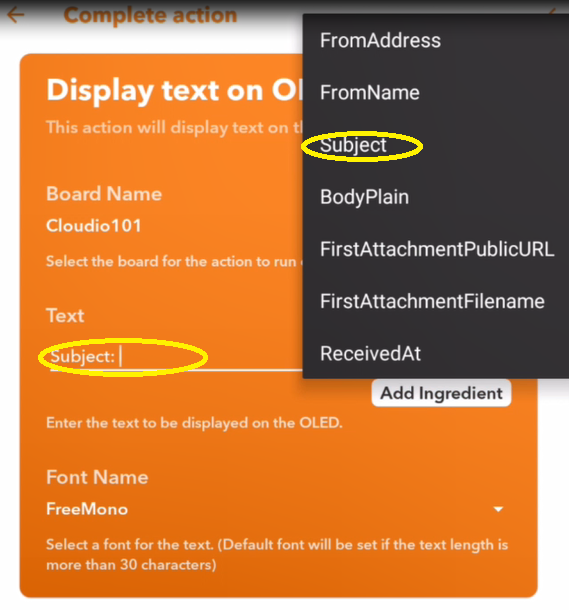 Your applet is now ready. Press Finish to run this applet. 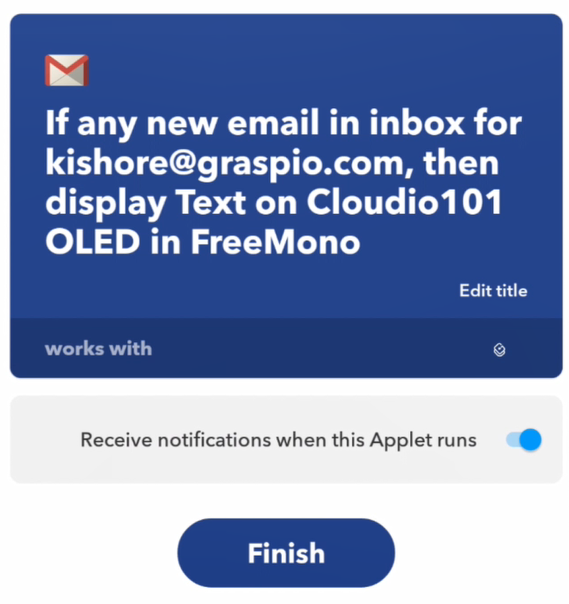 After the applet is deployed, every time you receive a new email in your Gmail inbox, Cloudio will display the email's subject on its OLED screen as illustrated below.